You are here: Home /News

We continue to promote our product and our varieties, using the tool of storytelling and cases history with our customers. Today we would like to promote our variety of tomato Corfù F1, interviewing ECAS, a historical partner of SAIS in Siria. This interview is constitued by a dialogue with Eng. Majed Al Talli, owner of Ecas, his son Eng. Bashar Al Talli, Ecas commercial director, and Eng. Nabel Eskandar, agricultural engineer, Ecas technical manager.

“Mr. Al Talli, thanks for this opportunity. The partnership between Ecas and SAIS is very long. Which are the main points (foundations) of this important business relationship?”

SAIS and Ecas is a story of a prosperous business relationship that goes back to  the year 2000, a cooperation that aimed to bring up high quality Italian seeds to Syria and other Middle Eastern countries. Since that time, it all started by trials, registration and then introducing different varieties into the Syrian market such as Tomato, Eggplant, Pepper, Watermelon, Radish, Beet, Pea, Broad Bean and Cowpea.  Thanks to the serious commitment and hard work from both of the teams, SAIS could acquire a strong brand value in the Syrian market and the seeds varieties portfolio was expanding year after year.

“Which are the main positive characteristics of the variety of Tomato Corfù F1?”

The main positive characteristics of Tomato Corfù are the high productivity, the homogeneity of fruits on the cluster, the continuity, a vigorous plant. In addicional the shape and the colour of tomato fruit. 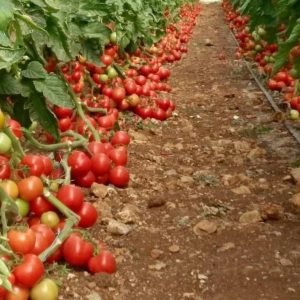 Corfù is not one of the most recent. How does it still make itself appealing to the customer?

Corfù F1 is a variety that was introduced into the Syrian market in 2001, in that time it was one of the most competent varieties compared to the other varieties that existed in the market thanks to its high productivity, vigor and continuity. Afterward, when varieties that are resistant to TYLCV were entering the market more and more, demand for Corfù F1 seeds was affected negatively to reach its lowest point in 2010. After the beginning of the Syrian war in 2011, the prices of imported seeds have been raised a lot due to the sanctions, the dramatic decrease of the purchasing power of Syrians, and the extreme loss of the Syrian currency value compared to USD and EUR. These factors encouraged an increasing demand for vigorous varieties with high productivity regardless of resistance against viruses, so that was the comeback point of Corfu F1 variety into the Syrian market share especially that it’s a strong variety that gained a good reputation between the farmers in the past! 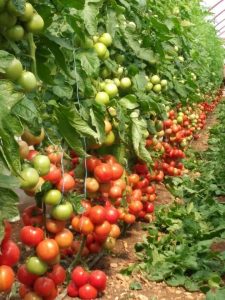 How have farmers eliminated the problem of non-resistance to the TYLC in Corfù F1?

To overcome the non-resistance to TYLCV, our farmers follow some certain practices. First, the sowing of the seeds in nurseries that are well protected by insect nets to prevent whitefly from getting in. Second, the use of pesticides and insecticides in general and especially for protection against whitefly. Last but not least, making sure that the greenhouses and nurseries are very well closed by the special netting system and equipped with traps from the inside. 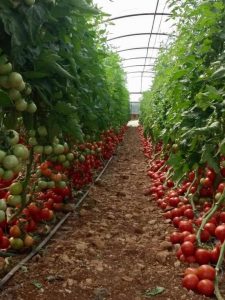 Today we are together with Dus[...]
Read More>

We continue to promote our pro[...]
Read More>